Back to all posts

How I feel on World IBD Day

Today is World IBD Day, a day to put a microphone in front of people living with Crohn's disease and Ulcerative Colitis.

This year marks the 25th anniversary of my diagnosis with Crohn's at the age of 14.

It's not a time in my life I look back on with any great fondness. What hurt me even more than the physical pain was what IBD did to my self-confidence. It changed me as a person. Between the ages of 15 and 18 I had no friends at high school and no social life to speak of. The loneliness was soul-destroying. By the time I hit university and found a new group of friends all I wanted to do was make up for lost time by drinking myself into oblivion every night. I fell in love and got my heart ripped up many times, but had no love for myself. I felt broken and lost.

Looking back, the years between 15 and 21 were like a freefall. If I hadn't met my amazing wife at the age of 21 I don't know how far down I would have gone. I might never have got back up. Her love reunited me with the person I'd been before my diagnosis. I felt hopeful again. Then the illness returned.

The second flare was much worse than the first. I thought I'd be dead by 25. Again, after the pain and suffering what really hurt me most was the loss of self-esteem. I'd been gradually making a life for myself in Sydney. I was playing in bands and supporting myself with a day job. Now I felt helpless, useless. I spent two years at home on a disability pension. I pretty much gave up on the idea of doing anything meaningful with my life. My wife's patience was immense, but even she had a breaking point. Our marriage came close to collapsing. The idea that I would lose the one good thing I had left in my life snapped me out of my torpor and made me fight.

Between the ages of 26 and 30 I worked three part time jobs while simultaneously trying to build some kind of career as an artist. I was never truly well during this time, but I had enough energy to keep going with a piecemeal working life. Finally, with the help of my Dad’s retirement fund, I was able to record and release my debut album in 2008. The launch gig was one of the best nights of my life. Then the illness returned. Within 3 months of the launch I had dropped 30 kilos and was in excruciating pain. I ended up spending 11 nights in hospital and needing 2 blood transfusions. It was a year before I played another gig.

Somehow all these experiences led to me creating a comedy show called Chronic. By 2011 I had found a new medication that was working well enough to get me out on the road and playing to audiences again. I went to the Melbourne Comedy Festival and Edinburgh Fringe. I played at Woodford. Parts of my show were broadcast on the ABC and I was asked to become an ambassador for Crohn’s and Colitis Australia. In one crazy week at the end of 2011 I spoke at Parliament House and reduced a room full of politicians to tears, then won the title of “Sydney’s sexiest man voice” in a radio competition. To be declared Sydney’s sexiest anything after what I’d been through was the best medicine I’ve ever been given.

As I began doing the rounds, speaking at conferences and health industry events, I started to meet and connect with other people living with IBD. I hung out with kids who, like me, had been diagnosed in their early teens, sometimes even younger. It made me so happy to see their willingness to open up about their condition, even as it broke my heart to hear their stories. These kids were much braver than I had been. They weren’t living in denial. They weren’t shutting themselves off. They were meeting the challenge head on. 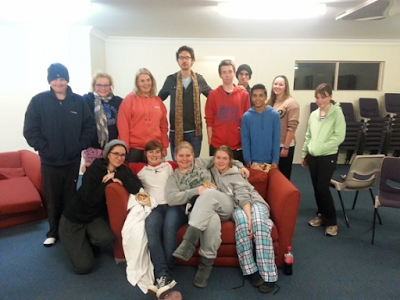 I might have carried on living at the behest of my medication for many more years. Things were starting to happen for me. There seemed to be a genuine place for me as a kind of entertainer and storyteller within the health industry. It wasn’t the kind of rock stardom I’d dreamed of as a kid but, at this point in my life, it felt better than anything I could have hoped for. For the first time my work felt like it was aligned with my ideals. I felt confident again. I was inspired. I had a sense of purpose.

Then came the news that my wife was pregnant, and suddenly my whole outlook changed again. I stopped thinking one or two years ahead and started to think decades. On my surgeon’s advice, I had an ileostomy - that’s where they remove the whole colon. The whole rotten thing, all gone at once. Apart from marrying my wife, it was the best decision I ever made.

2017 marks the five year anniversary of my surgery. I’m happy to report I’m still living medication free. I love the life I have now. I love the work I do and the people it connects me with. I love my family and friends. The illness has made me a better person.

Surgery like mine is not an option for everyone with IBD. One thing I’ve learnt from meeting so many people with this illness is that everyone’s disease is different. It’s a bespoke struggle, tailored just for you. One day, when we have a cure, I suspect it will be an individualised one. Something created out of our own cells, our own glistening Patronus breaking through the dark cloud of dementors to liberate us. It will be indistinguishable from magic.

Until then, the biggest advice I have to people living with IBD is not to isolate yourself from the people who want to help you. Your illness wants you to be afraid and ashamed. It wants you to be silent. You deserve better than that. Be kind to yourself. Be patient and loving with yourself. Reach out and connect with your community. They are just a URL and a click away at all times.

As a proud ambassador for Crohn's & Colitis Australia I encourage you to visit their website and make a donation today - https://www.crohnsandcolitis.com.au/

With your help, these courageous kids in the photo with me will be the last generation that ever has to live with IBD. Together we can be part of the movement that makes that happen. 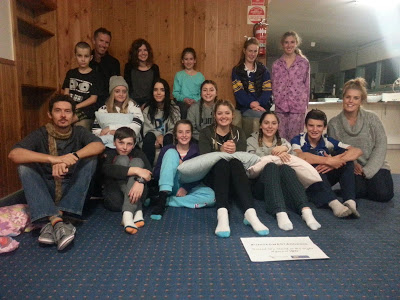